Butterfly valve is characterized by faster opening and closing, simple structure, low cost, but tight and pressure capacity is not good. The characteristics of the ball valve and gate similar, but subject to volume and opening and closing resistance restrictions, it is difficult to achieve large caliber.
Butterfly valve structure and principle, is especially suitable for making large diameter valve butterfly valve plate installed in the pipe diameter direction. In the butterfly valve body cylindrical channel, the disc shaped butterfly plate revolves around the axis, the rotation angle is 0 degrees ~90 degrees, when rotates to 90 degrees, the valve opens the card completely. The utility model has the advantages such as simple structure, low cost and large adjustable range. Ball valve is usually applied to particles, impurities, liquid, gas, fluid pressure loss, good sealing performance, high cost. 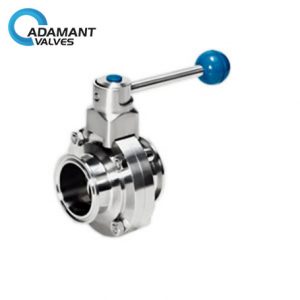 Comparatively speaking, the ball valve seal is better than the butterfly valve. Ball valve seal is based on long-term compression of the ball seat on the spherical surface, it certainly faster than the hemispherical valve, the ball valve sealing is usually flexible materials, but also difficult to use in high temperature and high pressure pipeline. Butterfly valve seal is rubber as an intermediary, it is more than hemisphere valve, ball valve, gate valve metal seal performance is far from. The hemisphere valve used for a long time, the seat will produce micro wear, it can adjust the continued use of the stem and the packing in the opening and closing the valve stem only needs to rotate 90 degrees in the process there are signs of leakage, and then a bolt compression packing gland, can be realized at the packing without leakage, and he is still a small leak valve reluctantly, for the valve leakage.
Ball valve is running in the hold of power by both ends of the seat in the opening and closing process, it is semi ball valve opening and closing torque, the nominal diameter is bigger and more obvious difference between the opening and closing torque, valve opening and closing is to overcome rubber deformation to achieve greater torque. The gate valve and stop valve can operate for a long time and strenuous.
Ball valves and plug valves belong to the same type of valve, only its closing piece is a sphere, the ball around the center line of the body to rotate, to open and close a valve. Ball valve is mainly used to do cutting, distributing and changing the direction of flow medium in the pipeline. 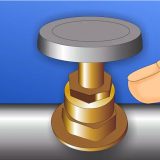 Where Sanitary Butterfly Valves Are Used 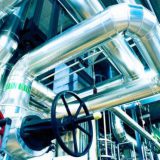 What is High Performance Butterfly Valve 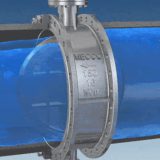