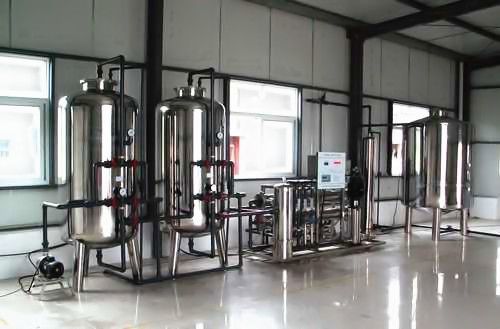 Valves have different requirements according to their types and use, mainly sealing, strength, regulation, circulation, and opening, and closing properties. In the process of selecting the valve, in addition to the basic parameters, the performance of the valve should be considered. So what are the different valves and their performance characteristics?

The round spool moves up and down to control the valve opening. The shut-off valve, also known as the shut-off valve, is one of the most widely used valves and belongs to the forced sealing valve, so when the valve is closed, pressure must be applied to the valve flap to force the sealing surface not to leak. When the medium enters the valve from below the valve flap, the resistance needed to overcome the operating force is the friction of the stem and packing with the thrust generated by the pressure of the medium, the force to close the valve is greater than the force to open the valve, so the diameter of the stem should be large, otherwise, the failure of the stem top bend will occur.

Diaphragm valve structure form is very different from the general valve, is a new type of valve, is a special form of the cut-off valve, it is opening, and closing member is a piece of soft material made of the diaphragm, the valve body cavity, and the valve cover cavity and drives parts separated, is now widely used in various fields.

Diaphragm valve body material using cast iron, cast steel, or cast stainless steel, and lined with a variety of corrosion-resistant or wear-resistant materials, diaphragm material rubber, and polytetrafluoroethylene. The lined diaphragm has strong corrosion resistance and is suitable for the regulation of strong acids, strong alkalis, and other strong corrosive media.

The ball valve was introduced in the 1950s, with the rapid development of science and technology, production processes and product structure continue to improve, in just 40 years, has rapidly developed into a major valve. Ball valve in the pipeline is mainly used to do cut-off, distribution, and change the flow direction of the medium, it only needs to rotate 90 degrees of operation and a very small turning torque to close tight.

Plug valve is a fast opening and closing straight-through valve, because the movement between the rotary sealing surface with wiping effect, and in full open can completely prevent contact with the flow of media, so it can usually also be used with suspended particles of the media. Another important feature of the plug valve is that it is easy to adapt to the multi-channel structure so that a valve can get two, three, or even four different flow channels. This simplifies the design of piping systems, and reduces the number of valves and the need for some connection fittings in the equipment.

The check valve is a valve used to prevent the backflow of the medium in the pipeline, it opens when the medium flows downstream and closes automatically when the medium flows backward. Generally used in the pipeline that does not allow the medium to flow in the opposite direction, to stop the backflow of the medium damage to equipment and machinery. When the pump stops running, it does not cause the rotary pump to reverse. In the pipeline, the check valve and the closed circuit valve are often used in series. This is due to the poor sealing of the check valve, when the media pressure is small, there will be a small part of the media leakage, and the need for the closed-circuit valve to ensure that the pipeline is closed. The bottom valve is also a kind of check valve, it must be submerged in the water, specially installed in the front of the suction pipe of the pump that can not self-priming or no vacuum pumping to draw water.

Control valves play a very important role in the automatic control of modern plants, whose production depends on the correct distribution and control of the flowing medium. These controls, whether it is the exchange of energy, the reduction of pressure, or the simple filling of a vessel, require certain final control elements to perform.
A common control loop consists of three main parts, the first being the sensitive element, which is usually a transmitter. It is a device that can be used to measure the process parameter being regulated, such as pressure, level, or temperature. The output of the transmitter is sent to the regulating instrument, the regulator, which determines and measures the deviation between the given or desired value and the actual value of the process parameter, sending the correction signal one after another to the final control element, the regulating valve. The valve changes the flow of the fluid so that the desired value of the process parameter is achieved. 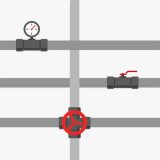 What is Valve and its function?

Valve We Use In Our Daily Life

Something You Should Know About A Sanitary Valve

How Does a 3 Way Ball Valve Work? 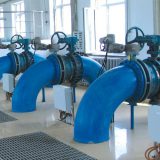